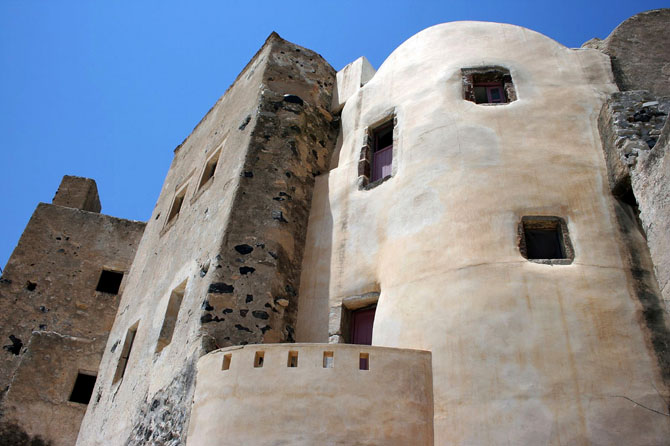 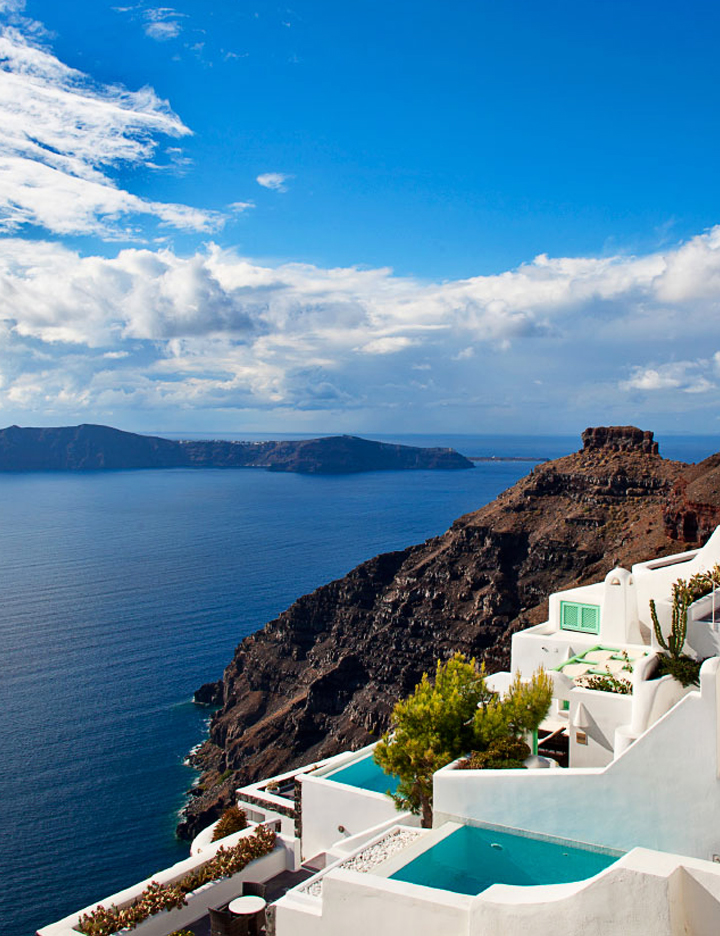 Another famous village of Santorini is Imerovigli. Its highlight is the Castle of Skaros, that was built in the early thirteenth century and offers amazing views, as it is the topmost point of the caldera. Imerovigli has been declared a traditional settlement and it is indeed a marvel to walk through its cobblestone pathways and just take in the beauty of the Aegean islands. A visit to Imerovigli and Skaros is definitely a must.

Fira and the Caldera

Fira, the capital of Santorini, is the best way to explore Santorini’s volcanic origins. Built on top of the caldera, with the port at the bottom, it is a wonderful experience just to reach it, either by donkey or by cable car. The people of Santorini are very proud of their volcano and Fira will let you discover why. When you’re having a drink or a meal with unparalleled views, allowed by the caldera, you’ll know why they love it.